Class Action Lawsuits: How They Work and How They’re Won

Saunders & Walker PA > Class Action Lawsuits: How They Work and How They’re Won

If you’ve ever watched broadcast television, you’ve probably seen a few commercials in which a dramatic narration explains the potential dangers of a given medical procedure, pharmaceutical or other product or service, then directs the viewer to call a designated law office if they’ve been affected. Behind every one of these ads is what’s known as a class action lawsuit.

What Is a Class Action Lawsuit?

In a standard lawsuit, one or a few plaintiffs typically sue a defendant based on a significant loss of some kind. However, not all individuals who have suffered a loss or injury have a case that is sufficient to bring alone. In cases where many individuals have experienced similar losses as a result of some action or neglect on the part of a company or other entity, those individuals can join together as a “class” of plaintiffs in a class action lawsuit.

For example: a portion of those who took the prescription medication Nexium experienced severe Nexium side effects and felt that they were due legal reparations for harm done. Those patients then joined together in a class action lawsuit to argue their case as a whole. As a group, these patients stood a much better chance of making an argument than they did as individual plaintiffs.

Class action suits can be filed in both state and federal courts, but the Class Action Fairness Act of 2005 requires that federal cases involve claims in excess of $5 million or represent plaintiffs or defendants from a variety of states. If the plaintiff class contains fewer than 100 people, a federal court may also choose to decline to hear a case.

The Federal Rules of Civil Procedure also provide other specific rules by which judges, lawyers, plaintiffs and defendants must abide throughout the class action process, including regarding certification and definition of the class, notification of potential plaintiffs, appointment of legal counsel, approval of any settlements and distribution of any monetary damages.

Take a look at the different stages of a class action suit as it proceeds through the court: 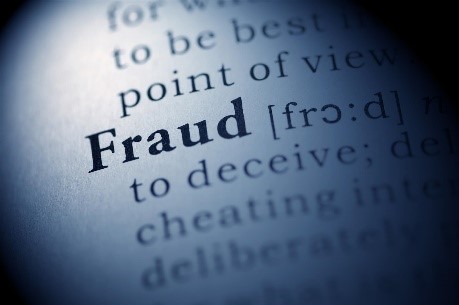 What Do I Do as a Potential Plaintiff?

As mentioned earlier, the judge will order during the notice phase that all possible plaintiffs (that is, all individuals who are known to have been involved with the product, company or issue at hand and may have suffered losses) must be notified of their eligibility as a member of the plaintiff class. If you receive a notification in the mail that you may be entitled to damages as part of a class action suit, it means that you have automatically been included in the suit as part of the plaintiff class and will be entitled to a specified portion of any damages paid when the legal process is finished.

What Does a Lawyer Do in a Class Action Suit?

When a class action lawsuit is filed, the judge will appoint representative legal counsel to the plaintiff class. Usually, the judge will appoint the lawyer who initially filed the case, but if the judge feels there is another attorney with better experience and/or expertise in the subject matter of the case, he or she may appoint someone else. The appointed lawyer is then responsible for fairly and thoroughly representing the plaintiff class in court, just as he or she would in any other case.

If you’d like to start or join an existing class action lawsuit, Saunders Lawyers has the legal expertise and professional experience to represent you and those who’ve suffered with you. Our knowledgeable attorneys are capable of representing plaintiffs dealing with everything from dangerous medication side effects to cases of priest sexual abuse. Contact our office today to make an appointment for your 100% free case evaluation.