Do Self-Driving Cars Put Us All in Danger? 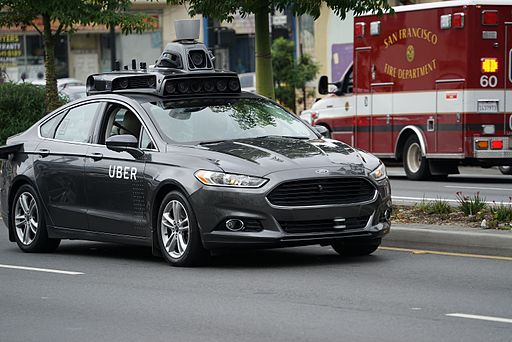 Tesla autonomous cars. Google autonomous car. Uber self-driving cars. If you haven’t seen them on the road already, you will before long. Trendsetters and technology watchers around the world have touted the autonomous vehicle as the wave of the future, but, if the crash-prone present is any indication, we have a long way to go before driverless vehicles meet over-hyped expectations. As more and more autonomous vehicles hit the road, self-driving car lawsuits will continue to join the growing ranks of product liability cases that involve cutting-edge AI technology.

The Wonder Product That Wasn’t

Autonomous car manufacturers love to claim that their highly computerized vehicles will one day be safer than today’s human-directed cars. Believe the ads, and you might think we’re headed for a world in which accidents are a thing of the past—a world in which we’ll be able to sit back and relax as our driverless cars spot every threat and steer around every obstacle.

In reality, the current generation of self-driving vehicles suffers from serious flaws that put the public at risk. Few autonomous vehicles have hit the market yet. Most are test vehicles, and yet the internet already teems with stories of driverless car crashes.

There’s the autonomous Chevrolet Bolt that ran into a motorcyclist, the Google car that ran into the side of a bus, and the Tesla Model S that collided with an 18-wheeler, killing the driver of the autonomous car. Do a quick Google search, and you’ll find many more such incidents.

One day, we may very well be treated to a crash-free Utopia, but it’s clear the long-anticipated future hasn’t yet arrived. As of yet, software developers and their autonomous creations are still learning how to tackle real-world driving scenarios.

From Fender Benders to Fatal Collisions

Recently, the world witnessed what might well be its first fatal crash involving a fully autonomous vehicle (AV) and a pedestrian. On Sunday, March 18th, 2018, an Uber self-driving car struck and killed a 49-year-old woman in Tempe, AZ, a suburb of Phoenix.

Elaine Herzberg was walking her bike across a dark street when the Volvo SUV, which was in autonomous mode, plowed into her, causing her death. A 44-year-old man, Rafaela Vasquez, was in the vehicle as a backup driver, which means he was ready to take over if anything went wrong.

That night, however, he had no time to take control of the vehicle. Recently released video of the interior shows that Vasquez was looking down moments before the accident. By the time he glanced up at the road, it was too late to prevent a deadly collision with Herzberg.

As a result of the crash, the National Transportation and Safety Board has launched an official investigation. Meanwhile, Uber has suspended tests of its driverless vehicle in Phoenix, San Francisco, Pittsburgh, and Toronto. The company also released a statement recognizing the “heartbreaking” nature of the incident.

But is it enough? Who will take responsibility for the crash, and what can be done to prevent such accidents in the future?

Who’s at Fault? The Past, Present, and Future of Self-Driving Car Lawsuits

The spate of recent crashes brings up an interesting point. Who is at fault when driverless vehicles hurt people? The manufacturer that created the car (e.g., Volvo or GM)? The company that owns and tests the car (e.g., Uber or Google)? Or human backup drivers like Rafaela Vasquez, who are supposed to be monitoring the car?

At this point, no one knows. Driverless vehicles are still new, as far as consumer products are concerned, and the courts have barely weighed in on the issue. What is clear is that we’re entering a critical period for self-driving car lawsuits, which fall under the umbrella of product liability cases.

When it comes to the recent fatal accident in Arizona, Tempe Police Chief Sylvia Moir said that, in all likelihood, the driverless car and its manufacturer will not be held responsible for the death. According to her, the initial investigation, based partially on video evidence, suggests that the crash was unavoidable. Neither the car nor the driver would have had time to take evasive measures.

That being said, the police department has yet to conduct a full investigation, and lawyers have yet to weigh in on the matter. Whether the case makes its way to court or not, whether damages are awarded or not, we may get a glimpse in the coming months of what the future holds in terms of self-driving car accident lawsuits. That’s because the law regarding autonomous car accidents is still in its infancy, and these first test cases may set precedents that determine the course of future lawsuits.

The courts aren’t the only government body tackling the issue of smart cars. Legislators are also beginning to turn their attention to autonomous vehicles and the implications of driverless car accidents. So far, the news isn’t good. Legislation currently pending before the Senate would make it even harder for injured victims to sue autonomous vehicle manufacturers.

Called the AV Start Act, the proposed bill would open the door for forced arbitration agreements. Already, consumer advocates are sounding the alarm. If passed, injured parties would not be able to sue the producer of the car or band together to file class-action lawsuits. Instead, they would have to take part in a secret arbitration.

That would put ordinary people at a risk for at least two reasons. One, big corporations typically hire the arbitrators and act as their biggest repeat customers. Two, closed-door proceedings lack transparency, which means information about flawed vehicles would not make its way to the public, no matter how many accidents they cause or how many people they injure or kill.

The Elephant in the Room

An accident caused by flawed software is one thing, but AVs come with another major vulnerability: hacking. Driverless cars run on incredibly complex software—more complex than the average fighter jet—and they’re connected to the internet, which makes them vulnerable to hackers who happen to have a little skill and a penchant for mayhem.

The possibility opens up a number of thorny legal questions. If a hacker breaches a vehicle’s computer system and causes an accident, who is at fault? The manufacturer, for failing to patch security holes and leaving the car open to attack? The hacker, for intending to cause destruction? What if the hacker can’t be identified? Who pays for damages?

Car manufacturers have made great strides in AV technology, but it’s obvious they haven’t yet thought through the social, safety, and legal implications of their products. Time will tell, but it may be a case of too much, too soon.

The implications for car accident victims can’t be overstated. Not only will the roads change in the near future, but traffic accident cases are likely to experience a major revolution as self-driving cars gradually replace human drivers.

As people pay less attention to the road, eyewitness testimony may become less important than computer data. Indeed, just as “black boxes” are central to FAA investigations into plane crashes, so the data contained on AV computer chips may be the determining factor in future lawsuits.

Meanwhile, well-funded car manufacturers and software developers may replace negligent drivers in the courtroom. In the coming decades, accident victims may have to turn to product liability lawyers who have experience dealing with major corporations and their deep pockets, rather than traditional car accident attorneys who confront only insurance companies and at-fault drivers.

Preparing for the Driverless Future

In other words, we’re entering uncharted legal territory. As driverless vehicles become more and more common on the nation’s roads, the public will need to rethink how they approach car accident lawsuits.

Fortunately, they don’t have to do it alone. At Saunders & Walker P.A., we’re keeping our eyes on the future. We have decades of experience handling major, nationwide product liability cases that involve well-funding corporate interests, and we’re prepared to deal with the legal implications of flawed self-driving vehicles.

Contact us if you’ve been injured in a collision that involved a driverless car. You’ll receive a free consultation from Joe Saunders, a seasoned product liability lawyer. Together, we can craft a legal strategy that gives you the best chances of receiving compensation for your pain and suffering.