For decades, the public has been made aware of an ongoing crisis of faith leaders taking advantage of their congregations and committing heinous acts of sexual abuse. Even more disturbing is the fact that so many of these cases have involved minor children who alleged abuse against trusted adult clergy members.

Predators can lurk anywhere in society, but the hierarchy and trust involved in a faith community may allow them to easily manipulate their authority to groom and abuse victims. In some cases, church authorities have even been caught red-handed ignoring a known issue or using their power and resources to cover it up. This raises serious alarm, as it illustrates the great lengths to which influential organizations will go to silence victims and protect their image.

Sex Abuse Can Happen in Any Faith Organization 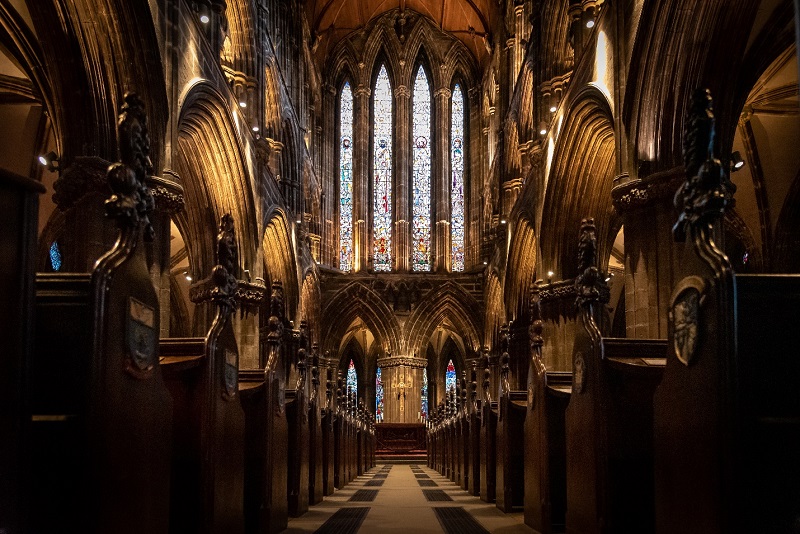 Although abuse issues in certain faiths and churches have been publicized more than others, the problem can occur anywhere vulnerable people (especially children) are in contact with trusted, charismatic authority figures. The following are just some of the known clergy abuse scandals that occurred in a variety of faiths and organizations.

One of the most widespread and well-known clergy sex abuse scandals is that of the Catholic Church. Over the years, thousands of victims (many of them young boys at the time) have come forward alleging that they were abused and molested by trusted Catholic priests and other clergy members. Investigations into these claims have revealed an alarming history of church authorities turning a blind eye to the abuse and even helping predators avoid retribution by transferring them to a different church (where many proceeded to create new victims).

After much initial denial from Catholic churches and the Vatican, faith leaders have recently begun to admit that it is a problem and proclaim intent to address it. Despite this acknowledgment, however, survivors and Catholic Church abuse lawyers are concerned that abusers and their superiors are still not being held appropriately accountable. For example, no bishop has yet been disciplined or condemned by the Vatican for covering up abuse or transferring known pedophiles between churches.

Allegations of Sexual Abuse in the Orthodox Jewish Community

In the Orthodox Jewish community, those who come forward about allegations of sexual abuse by religious leaders may face harsh treatment from ultra-orthodox believers. For these especially devout individuals, making such accusations and contacting the police about them are seen as a serious betrayal of their culture and faith.

When a man named Mordechai Jungreis came forward about his disabled son having been abused in a Jewish ritual bathhouse, the accused individual was arrested and the local Hasidic community turned against Mordechai and his family. They were kicked out of their apartment and harassed for coming forward.¹ This is a clear example of how strong allegiance in an insular faith community can mask abuse and create hostility toward victims.

Abuse Scandals in the Mormon Faith

The Church of Jesus Christ of Latter Day Saints—more commonly known as the Mormon Church—has also dealt with issues of sexual abuse by clergy members. In 2017, former Mormon bishop Erik Hughes faced felony charges related to claims that he had abused two teenage boys. He pleaded guilty and received concurrent 1- to 15-year sentences for two counts of forcible sexual abuse and 0 to 5 years for one count of witness tampering.²

The Fundamentalist Church of Jesus Christ of Latter Day Saints (FLDS), a radical group that is not recognized by the larger Mormon Church, is well known for cases of child sexual abuse by leader Warren Jeffs. Jeffs was found guilty of the aggravated sexual assault of two girls and sentenced to life in prison.³

Just like the others, the Islamic faith community has also been rocked by cases of clergy abuse. In 2016, Muslims living in the Chicago area were shocked when 77-year-old Imam Mohammed Abdulla Saleem pleaded guilty to charges that he molested both a female employee and a 14-year-old girl. He was sentenced to 24 months probation and is now required to register as a sex offender for life.⁴

Both in this case and in general, many Muslims have expressed a hope that coming forward and talking about sexual abuse more openly will bring meaningful change. Only time will tell, however, whether those in power will address the issues or simply find new ways to hide them.

In recent years, many states have enacted new laws intended to give victims a greater ability to hold their abusers accountable. Since 2018, 15 states have either suspended or extended their statute of limitations for childhood sexual abuse claims, and 8 others have created lookback windows that allow survivors to sue regardless of how long ago they were abused.⁵

If you’d like to learn more about your particular state’s relevant laws, contact a church sexual abuse lawyer. They can help you explore the options available in your case.

How a Church Abuse Lawyer Can Help

While you might think such heinous crimes would be easy to prosecute, churches often have very fierce legal representation. If you’re seeking justice for church sex abuse, it’s time to hire a clergy abuse lawyer.

With a Catholic abuse lawyer (or other clergy abuse attorney), you get support from someone with strong knowledge of the laws and litigation history. Not only will they fight for you in court, they’ll also help you understand your rights, walk you through the lawsuit process and protect you against intimidation from church authorities.

If you, your child, or someone you know has suffered sexual abuse at the hands of a trusted clergy member, an experienced church abuse lawyer can help you hold them accountable for the damages they’ve caused. Whether it happened recently or years ago, if you’re looking for a Catholic Church sexual abuse lawyer or need help with other types of clergy abuse, call us at (727) 579-4500.