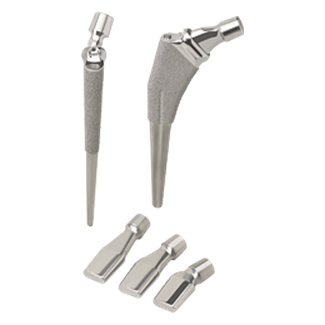 Although only on the market for less than one month, from March 31, 2015 through April 20, 2015, the FDA announced that a Class 1 Recall is in effect as of June 8, 2015, for Zimmer’s M/L Taper with Kinectiv® Technology. A Class 1 recall is the most urgent of recalls classified by the FDA.

The recalled product was listed on Zimmer’s website as having a unique ability to allow a surgeon to tailor the hip implant to fit the patient during arthroplasty, a surgical repair of a diseased joint.

The product was designed to “precisely match a wide range of male and female anatomies without compromise” through a broad spectrum of modular neck components. Their new “Kinectiv® technology allowed a surgeon the flexibility to adjust the length of the affected leg, relieve nerve impingement, allow a better range of motion, and to make sure the hip remained stable.

The Zimmer® M/L Taper with Kinectiv® Technology uses a modular neck system, a component that is inserted into the femoral stem at a fixed angle. Kinectiv® technology allowed a greater or lesser degree of angle. A taper is used to connect the two components.

The recall announcement stated that Zimmer found a higher than expected amount of manufacturing residue on the products. The residue is not specifically named and the source is ambiguous. However, modular neck technology is well-known to have complications for corrosion where the metal neck snaps on to the femoral stem. Metal debris discharge into the bloodstream causing dangerously high levels of metal toxicity. This condition, known as metallosis, can cause inflammation, pain, swelling and tenderness, elevated temperatures, and at times, a gray discoloration can be seen around the implant area. Zimmer notified distributors, doctors and hospitals on May 18, 2015.

WHAT PATIENTS AFFECTED BY THE ZIMMER RECALL CAN DO

If you have one of these devices you should get legal advice immediately. If you would like to talk to one of our experienced staff, please call (800) 748-7115. You can also contact Joe Saunders via form by clicking here.