Diocese of Allentown Opens Compensation Plan for Survivors of Abuse 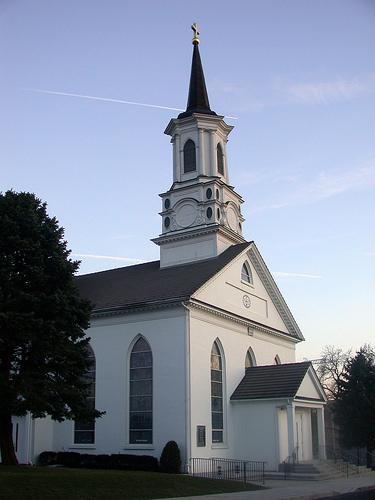 The Diocese of Allentown has launched its compensation plan for survivors of priest sexual abuse.  Survivors have until Sept. 30 to file claims, and they are confident that most could be settled by the end of the year.

It opens as state lawmakers renew a long-running debate over whether now-adult victims who long ago passed Pennsylvania’s age limit to sue should get another chance to take dioceses and perpetrators to court.

Allentown is among five Catholic dioceses in Pennsylvania that established compensation funds after a grand jury report released last summer revealed sexual abuse accusations against 301 priests, who had abused hundreds of children over several decades. The report named 37 priests from the Allentown Diocese, and the diocese itself added another 15 names to the list.

Allentown has set aside millions for the fund, which will not tap donations, school or parish funds, the diocese said. The fund was built on available cash, borrowed money and the sale of assets. The diocese did not specify how much money is in the fund, but spokesman Matt Kerr said it will provide a public report on the number of victims and the total amount paid to them at the conclusion of the program.

Those who accept the compensation waive their rights to file a lawsuit against the diocese.

Claims involving the Archdiocese of Philadelphia, and the Dioceses of Scranton, Harrisburg, and Pittsburgh have already settled some cases.

Unlike New York, Pennsylvania does not provide survivors an opportunity to bring civil lawsuits for claims that have passed the statute of limitations.  New York, on the other hand, passed “window” legislation in which any survivor could bring a lawsuit regardless of the time in which the abuse occurred.

The Catholic Church in the United States has become more amenable to such compensation funds in light of the fact that states are considering reforming their statutes of limitations concerning the sexual abuse of children since many survivors are only able to come forward much later in life due to the traumatic impact of the abuse.  New Jersey has already passed such legislation and the bill is awaiting the Governor’s signature.

Attorney Joe Saunders has been helping survivors of priest sexual abuse for nearly two decades now.  He is intimately familiar with each of the dioceses and Archdiocese as well as the Pennsylvania Grand Jury Report released last summer which documented the horrors survivors have suffered in Pennsylvania.  His website https://www.abuseadvocate.com/ has full coverage of the Pennsylvania Catholic Church abuse crisis.  If you or a loved one has been abused by a Catholic priest, please call Joe Saunders at 727-579-4500.  You may email him at joe@saunderslawyers.com.