Zantac has been a well-known and supposedly reputable medication for years, and it has long been available over-the-counter and by prescription in both brand name and generic forms. Recently, a number of Zantac lawsuit cases have arisen around this and related products.

Millions of Americans have used this drug for help with heartburn, but some have alleged that there is a dangerous link between Zantac and cancer. Now, lawsuits, recalls, and shocking revelations of carcinogens in patients have drawn this product into the legal spotlight and many Zantac class action lawsuits have been filed.

What Is Zantac and How Does It Work? 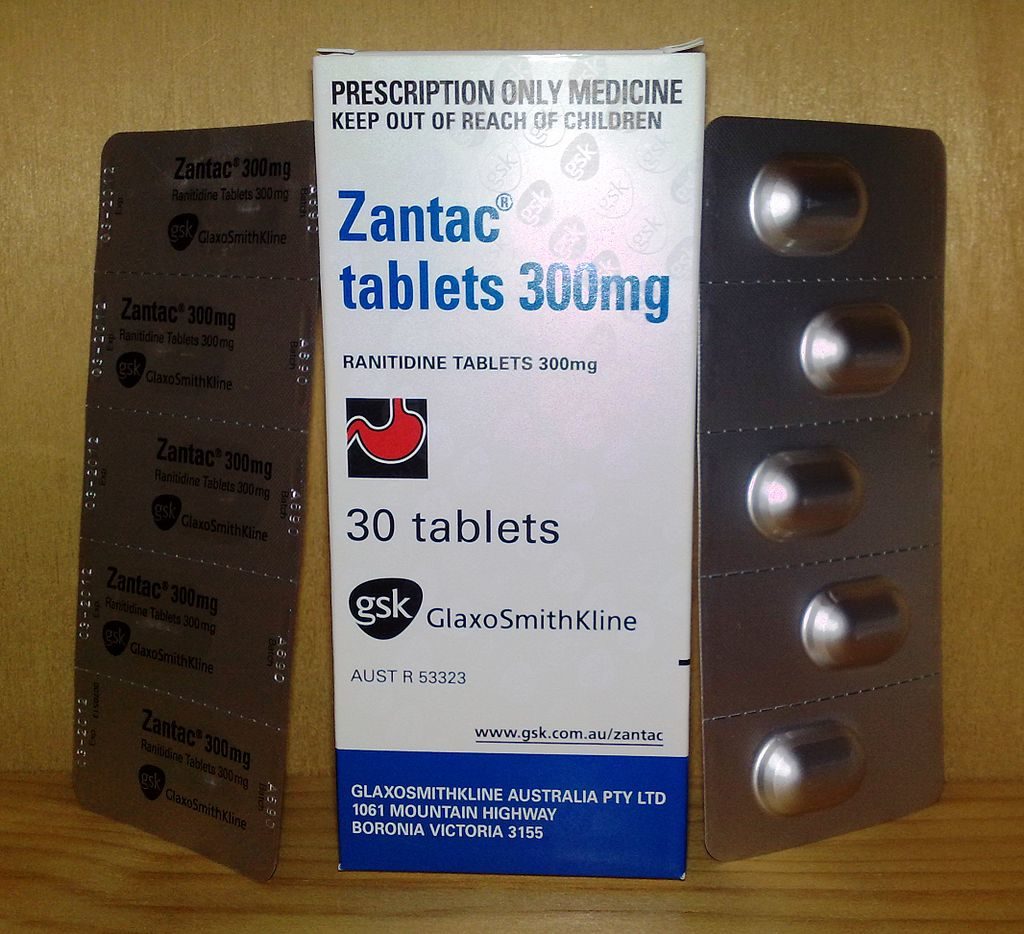 Zantac, known generically as ranitidine, is a medication intended to prevent and relieve acid reflux problems. Higher strength formulations are available by prescription only for especially severe conditions—like those that cause ulcers—while over-the-counter preparations are available to the average consumer to treat mild symptoms of heartburn or upset stomach.

The brand name product Zantac is produced and sold by pharmaceuticals manufacturer Sanofi, while generic ranitidine is available from a variety of manufacturers. Zantac is a member of the H2 (histamine-2) blocker class of drugs, used to reduce stomach acid in patients with chronic heartburn and/or gastroesophageal reflux disease (GERD).

The drug blocks the body’s histamine from activating stomach cells’ H2 receptors, preventing the production of acid. The effects eventually wear off, and the stomach returns to making acid normally, but the temporary break reduces the overall acid volume and is intended to provide time for ulcers and other damage to heal. While ranitidine products were initially advertised as “safe and effective,” there have been many Zantac lawsuit claims filed in the last few years.

In September of 2019, an online pharmacy company called Valisure informed the FDA that they had identified a serious risk for Zantac users to develop dangerous amounts of n-nitrosodimethylamine (NDMA) in their bodies. NDMA is a known carcinogen and common environmental contaminant introduced by things like industrial waste, pesticides, and even rocket fuel.

This substance is the same cancer-causing NDMA that led to the 2018 recall of the blood-pressure-regulating drugs Valsartan and Losartan. In that case, those drugs were recalled due to a faulty manufacturing process for one of the ingredients produced in China.

In the case of ranitidine, Zantac lawsuits claim that the greatest risk lies in the fact that the drug appears to be chemically unstable, making it possible for the molecules to produce NDMA in the body after it is ingested. While contamination with NDMA is dangerous, this creation of the substance in the body is a serious concern, as research has suggested quite strongly that ingesting high doses of NDMA can increase the risk of stomach or colorectal cancer.

Startled by and concerned about their findings, Valisure immediately notified the FDA of the studies, setting off a wave of Zantac recalls. Based on the recall status, class action lawsuits for Zantac refunds and compensation began to be filed nationwide.

The FDA’s Involvement (or Lack Thereof)

Many have questioned the FDA’s response to the information they received from Valisure. The online pharmacy’s test results found approximately 2.5 nanograms of NDMA potential per 150 milligrams of Zantac—over 26,000 times the FDA limit. However, when the FDA announced its own investigation of the claims, they used the words “trace amounts” to describe the possible levels of NDMA exposure to patients.

In Zantac cancer lawsuits, victims and their legal teams argue that not only have the manufacturers failed to prevent the introduction of NDMA to patients, but the FDA has also failed to protect the public by intentionally minimizing the situation in their response. The fact that the FDA did not recommend that patients stop taking ranitidine during their investigation of the issue raises serious health and safety concerns for individuals who continued to take the drug.

In response to the discovery of NDMA production potential in all ranitidine products, a number of manufacturers chose to recall certain lots of the drug where testing showed that they might raise NDMA levels above the FDA’s daily permissible intake. By ordering a voluntary recall, these companies hoped to avoid Prilosec and Zantac lawsuits.

Companies that have voluntarily recalled their ranitidine products include, but are not limited to:

As the situation continued to unfold, other companies and manufacturers issued voluntary recalls and warnings. Many individuals who had been using ranitidine regularly were finally alerted to stop taking it. Eventually, in April of 2020, the FDA officially suggested the removal of prescription and over-the-counter ranitidine products from the market, stating that their testing did show Zantac and related products to be a risk to public health. Since then, many other countries have banned the drug.

After the news that Zantac had been linked to elevated levels of a potential human carcinogen, many patients who had been taking the drug began to recognize a possible link between their use of ranitidine or Zantac and their cancer. Many former users of ranitidine are filing Zantac cancer lawsuits alleging that the drug is a direct cause of their disease.

In late 2019, California’s Northern District proposed a class-action lawsuit against Zantac in which four victims filed suit against Sanofi-Aventis U.S. and Boehringer Ingelheim. They alleged that not only was there clear deception and failure to protect consumers from dangerously high levels of NDMA but also claimed the degree to which brand name Zantac is capable of producing NDMA in the body is particularly dangerous and egregious.

While manufacturers and the FDA have acknowledged the evidence of ranitidine’s ability to be converted into a probable human carcinogen, many believe they were slow to acknowledge the danger and failed to warn the public soon enough. For those who are convinced that Zantac caused their cancer, many are concerned that these delays allowed patients to develop even higher levels of NDMA, and it represents a serious failure of their duty to protect the public.

Does Zantac Really Cause Cancer?

This is a complicated question. The evidence regarding the presence of large amounts of NDMA in patients’ bodies suggests a strong likelihood that the unstable drugs played a role in increasing cancer risk. To further complicate Zantac lawsuit cases, different lot numbers or manufacturing runs of Zantac or ranitidine products may represent different levels of risk in producing dangerously high levels of NDMA..

Studies are underway to determine exactly to what extent products containing ranitidine, including Zantac, are associated with various cancers. While many are waiting for studies to prove this conclusively, individuals are filing Zantac cancer lawsuits on a case by case basis.

Although each case is unique and the connection must be clearly established, some of the types of cancer that have been named in Zantac injury claims include:

How to Determine Whether You Can Make a Zantac Lawsuit Claim

If you believe that you or a loved one have developed cancer as a result of taking unstable Zantac or a ranitidine product that produced carcinogens in your body, you may be entitled to compensation for the harm that was done. Your case would depend on specific factors, including the type of cancer developed, how long you took Zantac or ranitidine, and whether high levels of NDMA were a likely cause of your cancer.

Many individuals will qualify for the existing Zantac class action lawsuits that can refund the purchase price of the recalled medications, but establishing a solid case linking ranitidine use with developing cancer may require experienced legal counsel. Working with a reputable law firm will likely yield better results than just searching for “Zantac lawsuit attorneys near me.”

The best way to find out for sure whether you have a good case is to speak with an attorney like those at Saunders & Walker, P.A. who are experienced in harmful drug cases. In a consultation, your lawyer will be able to examine your situation, determine if it’s appropriate for a lawsuit, and help you begin collecting the evidence you need to strengthen your case for trial.

If You’ve Been Harmed by Zantac, Saunders & Walker, P.A. Can Help

At Saunders & Walker, P.A., we are experts in personal injury and harmful drug lawsuits, including Zantac lawsuit cases. Our entire team is dedicated to holding those at fault accountable for their negligence, as well as helping victims of unsafe products get the help they need and deserve. We understand pharmaceutical companies’ legal tactics inside and out, which means we know how to combat them at every turn.

With many professional certifications and the highest possible peer review rating from LexisNexis Martindale-Hubbell, we’re proud to say that Saunders & Walker, P.A. is a trusted and respected product liability law firm. We have decades of experience standing up for the rights of injured individuals, which is why clients ask us to represent them again and again.

If you trusted Zantac or another ranitidine manufacturer to help you prevent and treat acid-related stomach problems, and you believe you’ve developed cancer as a result of taking these products, it’s time to take action. To find out whether you have a solid case for a Zantac lawsuit claim, call us today at (727) 579-4500 for more information or schedule a free initial consultation online.