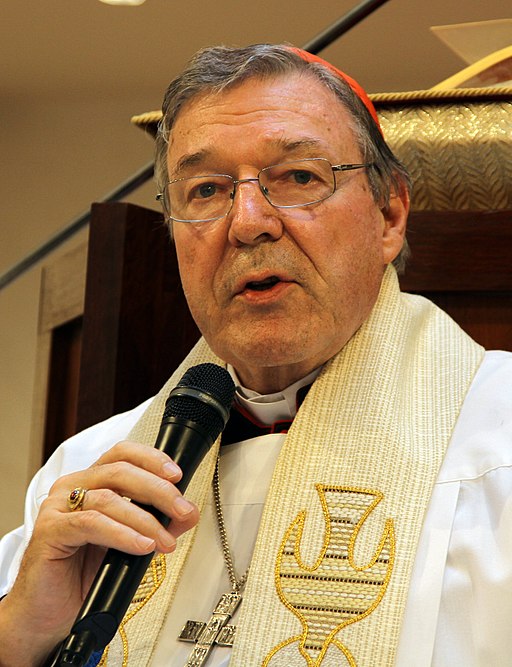 Harvey Weinstein was arrested last week on sexual assault charges in an incident that took place more than a decade ago. These charges against Weinstein couldn’t have been brought in many states that still impose a statute of limitations in cases of rape and sexual assault.

Less than a month prior, Vatican treasurer Cardinal George Pell was ordered to stand trial on sexual assault charges after a month-long committal hearing in March that heard evidence from a large number of witnesses and exposed charges relate to claims of historical sexual abuse spanning back to the 1970s

These two powerful men, who used their positions as leaders in culture and faith to identify and sexually abuse victims, were brought to justice in part because an antiquated statute of limitations laws could no longer protect them.

In many states, Harvey Weinstein would not have been charged with the crimes he stands currently accused of because statute of limitations laws would have prohibited it. New York eliminated this barrier in 2006 meaning that there would be no time limit for bringing charges in the most serious sexual assault cases. Australia removed the statute of limitations on “historical sexual assault offenses” which ensured Cardinal Pell ­- the most senior Vatican cleric to ever be charged in the plague of Roman Catholic Church sex abuse – could never run out the clock on his crimes.

The rise of the #MeToo movement has helped to advance the incentive for expanding and removing statutes of limitations for rape and sexual assault. Awareness of the issue had already been heightened in the past decade by high profile sexual abuse cases against Catholic clergy and helped force many states to re-examine and remove restrictive statutes of limitations in abuse cases. But the single biggest factor driving public demand for changes is an evolving cultural understanding that allows victims of sexual abuse to speak up and be heard. Victims are losing their fears that accusations will be met with skepticism and willing to come forward. This shift in the power dynamic sits uneasily with short statutes of limitations.

In the course of my career, I have represented many victims who were sexually abused by clergy. They, like the victims who have risen up to start the #MeToo movement in an attempt to bring abusers to justice, face significant and unique barriers that prevent them from reporting being sexually abused. Fear of the accusing their abuser, the stigma of being abused, and a reluctance to confront the church or other powerful institutions often keep sexual abuse from being reported. Many victims of are unable to talk about abuse or face their accusers for years, when statutes of limitations put the crime beyond the reach of the law.

I have long argued that the statute of limitations in Florida and elsewhere need to be restructured to allow for the unique circumstances that exist in cases involving sexual abuse. What the victims of George Pell and Harvey Weinstein share is common legal remedies only made possible when the statutes of limitations were removed. How many more victims are there who suffered sexual abuse and will never come forward because of the limitations of the law?

Doing away with statutes of limitations in sex abuse cases won’t solve the deep-seated and vast problems facing sexual assault survivors, but it might open a window of help and shine light where previously there was only darkness, and prevent monsters like Pell and Weinstein from ever happening again.