Should You Consult with a Clergy Abuse Lawyer?

The problem of sexual abuse within religious institutions nationwide is becoming more and more visible, with recent legal changes allowing victims of clergy sexual abuse to take action even if a previous statutes of limitations prevented them from doing so. If you or a loved one has been victimized by a Catholic priest or other religious figure, speaking to a clergy abuse lawyer can help you recover and possibly prevent a predator from continuing their abuse.

Studies show that only 23% of sexual abuse survivors report to religious authorities, and only 11% report the abuse to law enforcement.1 There is a culture of shame and silence associated with being a victim of abuse in a religious setting, but, as brave survivors come forward to file lawsuits and criminal charges, others are inspired to hold these criminals accountable as well.

Laws Are Changing to Give Victims a Voice

A number of states have put new laws in place to allow survivors to take legal action against their abusers, as well as those who knew about child sex abuse by clergy members but did nothing to stop them. In the past, victims had only a certain number of years to realize what happened to them was abuse and then report it to the proper authorities. 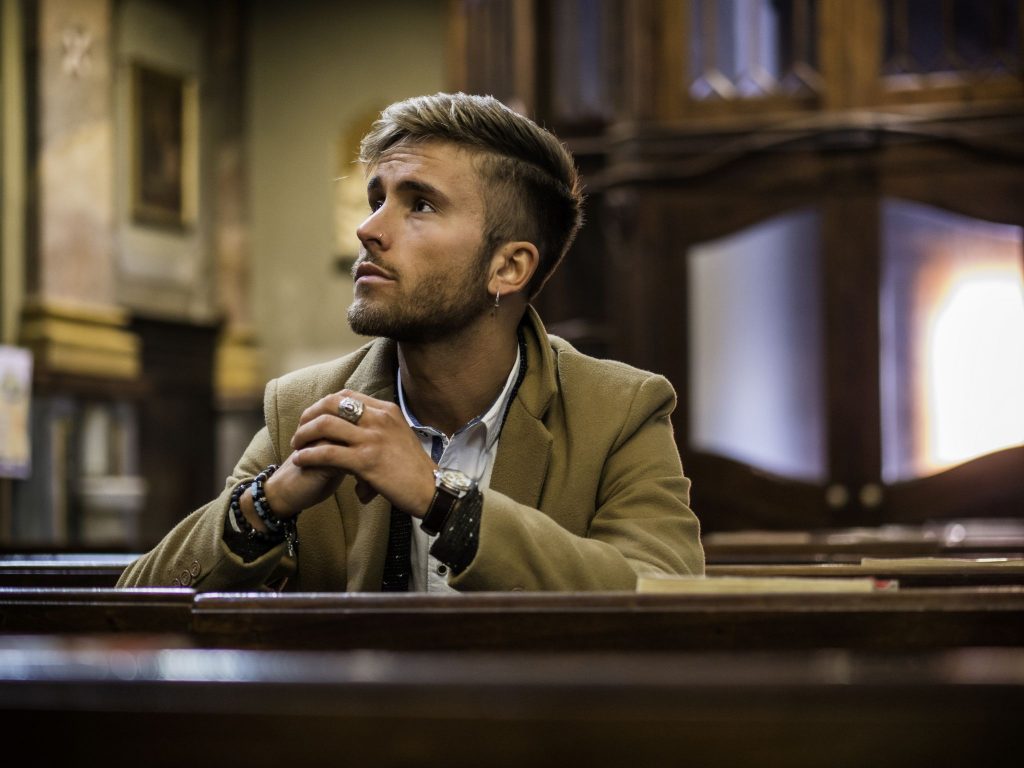 Child sexual abuse is damaging to every victim, causing trama and other challenges that can prevent the individual from being able to report the crime immediately. If you or a loved one has not reported a sexual assault, there may still be a window in which you can make a criminal report and file lawsuits against the perpetrators.

Even if you have been told in the past that there is not enough evidence for criminal charges or that the statute of limitations has passed to file a civil lawsuit, for many victims who work with a qualified sexual abuse attorney, there are new options for seeking compensation and holding the abuser responsible for the damage caused by their actions.

What Are Your Legal Options After Clergy Sexual Abuse?

There are both criminal and civil options available to survivors of abuse by a member of the clergy. These laws are the rightful tools of those who have been sexually abused by someone in a position of trust and authority. There is a different standard of proof required for each of these legal options, and victims may pursue more than one:

Many states are changing their laws to allow victims of childhood sexual abuse a much longer time to recognize and report the crimes against them. In the past, sexual abuse claims needed to be filed within about eight years of reaching adulthood or within about three years of when they should have recognized the abuse.

Partly because of the trauma and therapy needed by victims to fully understand their experiences, these windows have been extended and, in some cases, lawsuits can be filed no matter how long ago the abuse occurred. Since 2018, more than 15 states have changed their legislation to extend or suspend their statute of limitations for these types of crimes, and at least eight states have put “lookback windows” in place to help victims report abuse that occured in the past.2

Why Do Victims of Clergy Abuse Take Legal Action?

Many survivors are hesitant to report what happened to them and especially reluctant to take legal action. Sometimes friends, family members, and counselors can help someone realize that they are not to blame for the abuse and can point out the many reasons to find closure through holding the accused accountable.

Choosing to take legal action can be empowering and help prevent others from suffering the same experience. When you work with a reputable law firm to find out more about your options, you might choose to:

Cooperate with Law Enforcement in a Criminal Prosecution

Clergy sexual abuse is against the law and, without victims who are willing to testify and give statements about what happened, there may not be enough evidence to prosecute a sexual predator. If you have the opportunity to testify in court against your abuser, this can be both empowering and meaningful, possibly keeping future victims from experiencing the trauma of abuse. 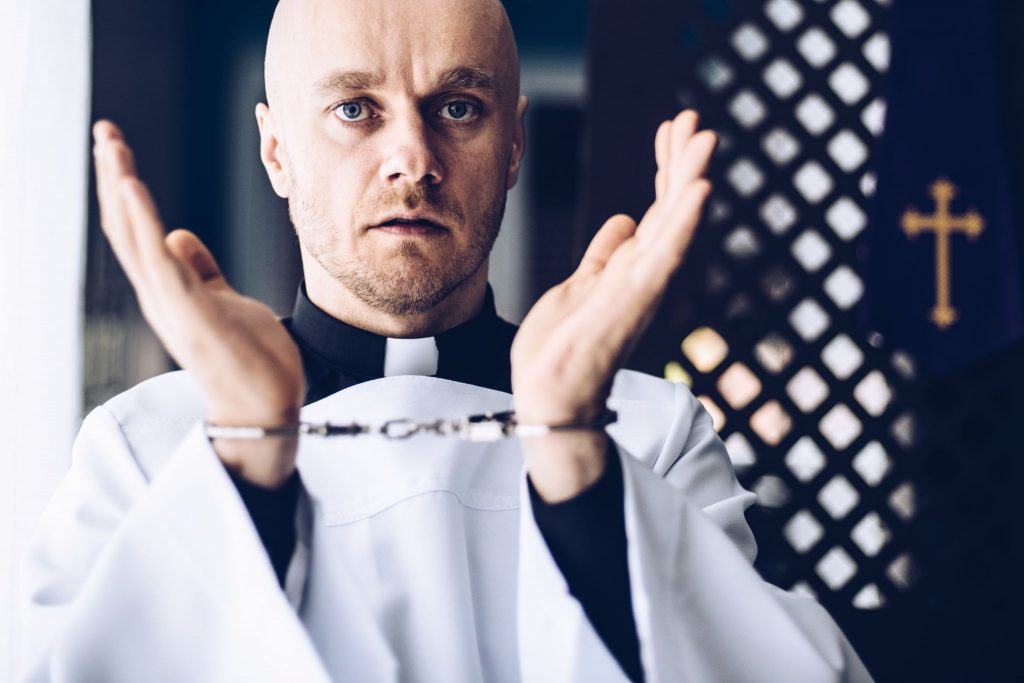 When the focus of the survivor is on helping prevent other church members and children from being victimized, they might file for “injunctive relief.” They may ask the court to order the church or religious organization to take certain actions to prevent future abuse by their leadership and clergy. If harassment or fears of retaliation are a concern, these can also be addressed by court orders. There are many kinds of injunctive relief which might be advantageous in your situation.

When another person intentionally causes you physical, emotional, mental, or financial harm, they may be liable for monetary damages. While money cannot repair the emotional harm done to a victim of abuse, it can provide treatment, therapy, and a form of punishment, which can deter the abuser from continuing without consequences.

Types of damages that might be paid to victims include:

Only an experienced attorney can advise you about your particular case and what types of damages might be compensated. Filing a civil lawsuit helps many survivors find closure and gives them the ability to pay for the therapy they may need.

The Process of Filing a Lawsuit for Clergy Sexual Abuse

Understanding the process might help you or someone you care about to have the confidence to speak out about what happened. While there are many possible legal paths open to survivors of abuse, the process will start simply and safely.

If you choose to move forward, your lawyer will help you gather evidence to support your claim, handle paperwork, and manage contacts with church authorities, insurance companies, and other attorneys. They will provide support throughout the process and help you meet filing deadlines, file injunctions, and obtain any court ordered compensation. 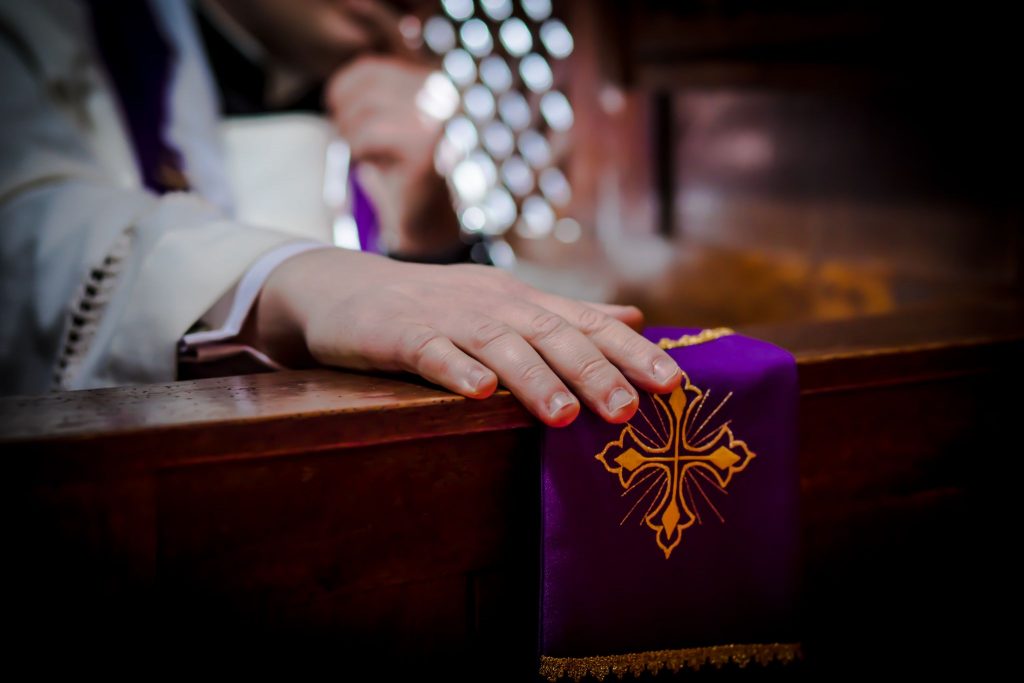 Many other survivors have been part of legal actions that have exposed habitual abusers and resulted in settlements or compensation for their victims. Every case is different, and your attorney cannot guarantee an outcome, but there have been many successful lawsuits filed to hold abusive clergy accountable:3

Finding a meaningful path forward after the devestating effects of sexual assault or ongoing sexual abuse is a challenge that too many Americans face. Many victims are left feeling guilty and powerless in a fight against a large religious organization. The criminal and civil court systems can provide accountability and help stop predators from continuing to abuse their followers, but only if survivors have the support they need to speak out in safety.

The experienced clergy sexual abuse lawyers at Saunders & Walker, P.A. have been fighting for the rights of abuse survivors for many years, and understand how difficult it can be to come forward. You can trust our team to keep your privacy and confidentiality secure, while you discuss the details of your potential case, and to support your decisions about which legal paths are right for you.

There is no cost to speak with an attorney about clergy sexual abuse or other personal injuries you may have suffered as the result of another person’s malicious or negligent actions. We help victims recover monetary damages and the ongoing financial support they may need to rebuild their lives. Even if the abuse happened some time ago, or if you have been told in the past that it was too late to file a claim, the changes to these rules are now allowing for delayed justice and accountability.

No one should suffer abuse at the hands of a trusted spiritual leader and, at Saunders & Walker, we are proud to advocate for the survivors of sexual abuse at the hands of clergy. Don’t hesitate to reach out to find out what options are available for you or a family member who has been a victim. Contact us online or call us today at (727) 579-4500.

Previous Article: Were You Sexually Abused by a Clergy Member?
Next Article Clergy Sexual Abuse Statute of Limitations