Tools Left in Patients After Surgery: A Common Problem

Despite progress in surgical technologies, going “under the knife” is still a nerve-racking experience. When patients leave the operating room with something extra inside them, those nervous jitters can quickly turn into serious illness and injury. 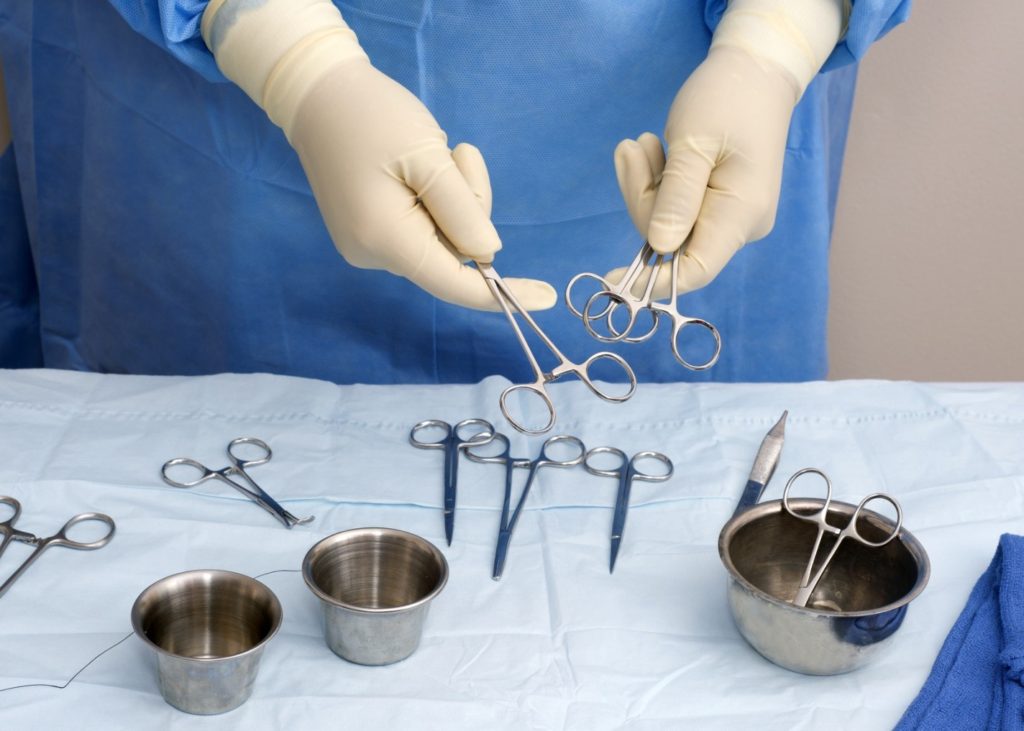 In the United States, roughly 4,000 cases of surgical items being left inside patients are reported annually.¹ In reality, experts say, this number may be as high as 6,000.² That’s roughly the equivalent of a dozen or so U.S. surgeons stitching up patients with at least one foreign object inside them every single day.³

Objects Commonly Left Behind in Patients

Nearly any object that comes into contact with a patient’s body has the potential to be left inside them, but the most common objects tend to be surgical tools or materials that were used during the procedure and simply were not removed properly.

The following are a few examples of commonly forgotten items:

The period of recovery after surgery is always a very sensitive time, and URFOs have the potential to make matters worse. The consequences of URFOs vary in severity; some patients may simply be able to have the item(s) removed via minimally invasive surgery, while others may develop devastating illnesses or injuries that can leave them permanently damaged or disabled.

The following are just a few of the common types of problems URFOs can cause:

Why Would Surgeons Make Such a Serious Error?

In general, surgeons are anything but reckless when it comes to preparation; it’s standard practice for the surgical team to take inventory of all equipment used during surgery, and then check off these items when they are removed at the end of the procedure. Unfortunately, when time is crucial, distractions abound, and adrenaline is up, managing this inventory can be easier said than done.

Despite tracking efforts and “cavity sweeps” during surgery, the rate of error for counting sponges is still alarmingly high, at roughly 10-15%. Research suggests that four out of five URFO cases involve sponges that appeared on the inventory but weren’t accurately accounted for.1

Healthcare watchdog group The Joint Commission lists the following as some of the most common surgical errors leading to URFOs:

Other risk factors for URFOs include things like high body mass index (BMI), emergency procedures, mid-procedure changes, long procedure durations, performance of multiple procedures at once, and the involvement of multiple surgical teams.

A Significant History of Incidents

Tales of patient complications from URFOs abound, and even those whose symptoms are minor can be traumatized by the experience of having a foreign object inside them after surgery. One particularly heartbreaking story involves a Kentucky nurse who began experiencing intense abdominal pain four years after a hysterectomy procedure. By the time doctors discovered a remaining surgical sponge, a bacterial infection had already overtaken a portion of her gastrointestinal tract.

Doctors removed a large section of her intestine, saving her life but leaving her with permanent bowel issues. Since then, she says she has been unable to work and has struggled with severe depression and anxiety. This is only one example of how what might seem like a small mistake can have powerful, life-changing consequences. 1

According to The Joint Commission, 16 patients (out of a total of 772 cases) died as a result of URFO complications. The Commission’s data also revealed that URFOs most often occurred in operating rooms, labor and delivery rooms, and ambulatory surgery centers.⁴

Research published in 2015 also reveals a troubling history of URFOs in pediatric surgery; over a period of 12 years (1997-2009), analysis of the Kids’ Inpatient Database identified 713 cases of foreign objects left in patients under 18 years old.

Financially Costly Mistakes for Both Patients and Surgeons

In addition to the physical and emotional costs of URFOs, there are significant financial costs to these mistakes. According to information compiled by Medicare, the average patient cost for hospitalization from a surgical tool or sponge is roughly $60,000. For the hospitals involved, the cost of a single malpractice case is somewhere between $100,000 and $200,000.³ The Joint Commission echoes these numbers, estimating the total cost of a URFO case at $200,000 or more (both medical and liability costs).⁴

Because cases of foreign objects left in patients are highly individual in nature, they don’t tend to result in large class action lawsuits. Nevertheless, any surgical facility with an unusually high number of URFO victims may still face a class action malpractice suit.

Tackling the Problem: “NoThing Left Behind®”

In 2004, a project called NoThing Left Behind® was established with the goal of reducing—and ideally eliminating—the risk of URFOs. By sharing evidence and recommending best practices, the project aims to educate the healthcare community and help them avoid URFOs in their own work.

The 2015 review of pediatric URFOs illustrates the power of such efforts; the rates of retained surgical instruments decreased after the introduction of the World Health Organization’s Guidelines for Safe Surgery (WHO/GSS) in 2008.

Technological solutions are currently available to help detect and track any items used during surgery, including sponges with radiofrequency (RF) tags or barcode-like labels. Unfortunately, these solutions are still susceptible to user error or neglect. They’re also not widespread; as of 2013, only 15% of hospitals reported using RF tracking technology.² It’s important to continue educating and pushing for stricter regulations, particularly for the surgical technologists who prepare the operating rooms, set up the equipment, and assist in the surgery.

If You’ve Been Injured by a Surgical Tool Left Behind After Surgery, We Can Help

If you’ve been a URFO victim or have lost a loved one to such an incident, you deserve to be compensated for the emotional and financial costs. At Saunders and Walker, P.A., our experienced medical malpractice attorneys have the expertise you need to get the justice you’re owed.

For more than 30 years, we’ve fought against powerful healthcare corporations to uphold the rights of malpractice victims and their families. When you choose a Saunders & Walker lawyer, you’ll get the trustworthy legal guidance you need to hold your doctor(s) accountable without adding stress to your life. We’ll take care of the details while you recover.