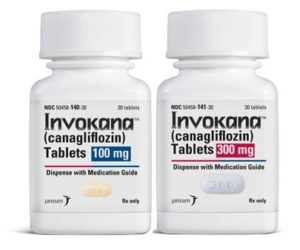 When it first came to market in 2013, its distributor Janssen Pharmaceuticals (a subsidiary of Johnson & Johnson), aggressively marketed the new drug as a wonder drug for diabetes sufferers.  Invokana is an oral medication for type 2 diabetes that falls into the category of drugs known as SGLT2 inhibitors. The medication works by aiding the kidneys in removing sugar from the bloodstream through the urine. It is not recommended for anyone except type 2 diabetes patients, who typically take it once a day. For some diabetes patients, Invokana is combined with metformin hydrochloride (Glucophage) to form a drug that is prescribed under the name Invokamet.

In spite of its aggressive marketing campaign, some members of the FDA advisory panel studying the drug expressed concern over potential links to heart attack risks associated with the use of Invokana.  As time went on, more concerns were expressed and the FDA issued warning labels that included too much acid in the blood (ketoacidosis) and serious urinary tract infections. Both conditions can lead to hospitalization.

Then, in May of this year, the FDA issued another Drug Safety Communication after a shocking interim clinical trial found an increase in leg and foot amputations (mostly affecting the toes) with patients using Invokana and Inovkamet.

The trial is ongoing, and the FDA has not yet determined if the drugs increase the risk of leg and foot amputations, but the trial’s current findings indicate twice as many leg and foot amputations in patients using Invokana and Invokamet compared to patients given a placebo. Following the trial findings, the European Medicines Agency (EMA) also began a review of Invokana.

Most recently, in June 2016, the FDA issued Invokana warnings concerning the potential for acute renal failure after receiving reports of 101 incidents of acute kidney injury.

If you or a loved one have been injured after taking the diabetes drug Invokana, please contact me for a free evaluation and consultation.